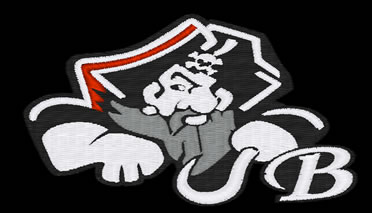 Joliet- As the NFL season has wound down, and now the XFL season has made its appearance. The Joliet Buccaneers are at full tilt as they start their OTAs (Organized Team Activities) this past month and are in full swing. Second Year Head Coach Michael W. Ingram Jr. is excited about the young football team, that he plans on leading. We have a good group of young men, said Head Coach/Team President Michael Ingram. Im pleased with the guys that we have returning from last year, as we kept most of our core players, and we have a lot to work with going into this OTA camp says Ingram. The Buccaneers Defense was a big reason why they made the playoffs last year due to players like #3 SS Walter Grady, #4 DB Shaq Williams, # 51 DL Jalen Simpson. There was a reason why these guys made the 2019 All-Star Team they were the soul of the defense, said Assistant Head Coach/ Defensive Coordinator Garland Robinson. Making the playoffs last year was a huge step for the Buccaneers Organization as they were 2 years removed from playoff play. The Buccaneers Offense started to show life towards the end of the season, that was because long time veteran #1 WR Darvell Luckett shined with his second All-Star Selection; as well #58 OL Chris Zeleny made his 2nd year selection and first year All-Star selection #90 OL Jarvell Caples. Our core players are returning with a few new additions this season says Ingram. We hope to bring in new life to our football family these local players like former Romeoville High School Quarterback Kelvin Jones Jr. and Manuel Nartey, Anthony Kopel and Bolingbrook High School Defensive Lineman Malik McMahon High school players and ex college players are encouraged to come out and be a part of the team. Majority of the players on the team were former local high school players and college players in the own right. I was a local talent from the mid 90s, said Robinson. I went to Bolingbrook High School, and some years later after high school I just missed the game, and back in 2005 I came out to what was called the Bolingbrook Buccaneers/Joliet Buccaneers and played. Robinson would admit that he played, because he had fun and it gave him something to do. For more information about how to be a part of the Joliet Buccaneers or learn more please visit them on the web at www.jolietbuccaneers.com or Facebook, twitter and or Instagram

Organized Team Activities start January 2022 all players interested in being a part of the team for the 2019 season. Need to contact us at 815 302 8700 or visit us on the Internet at www.jolietbuccaneers.com and fill out a players application, and FaceBook Joliet Buccaneers Recruitment Page